After a year of plotting and scheming I’m actually here about to walk the Appalachian Trail. If feels kind of surreal. I’m officially hiker 2288 with my own little orange badge. It’ll take approximately six months to get to Mt Katahdin in Maine.

(Obligatory pic with the arch)

I started at Springer Mountain after driving up a bouncy dirt road (thanks for braving that USFS road with me Dad!)

I’m pretty sure I was fueled by adrenaline and leftover caffeine that first hour. Thoughts of Aaaaaaah! Are you crazy? You’re really doing this!! played havoc on my brain. Thankfully that all settled at the first hill and I just kept putting one foot in front of the other.

About a mile in I stopped at a shelter to finally ingest something (my nervous twittering from earlier prevented any proactive food consumption, dumb move really). There was guy from Tuscaloosa I met in the parking lot going the wrong way and so I helped him back to the trail. He suggested my trail name should be Compass. So there you go I got a trail name the first day. Which is actually really appropriate because my friends used to call me Mapquest back when that was a thing. 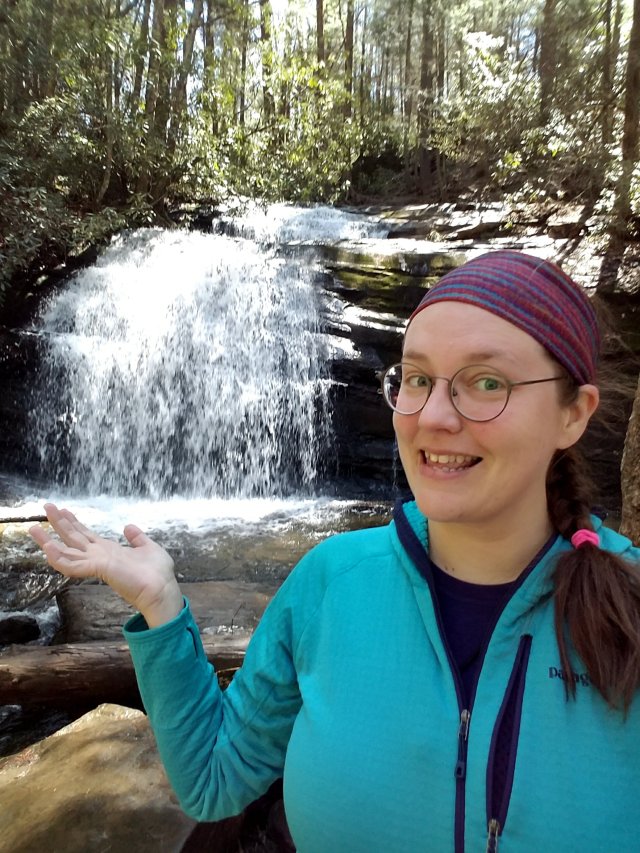 Up and down through bare limbed oaks with the sun in my face and light cool breeze I went. A grit mixture of old leaves and dust quickly pinpointed the hot spots on my heels making my decision to not buy gaiters an unfortunate one.

7.1 miles later I came to Hawk Mountain Shelter. I set up my tent all janky but I didn’t care because it blocked most of the wind and I fell asleep pretty early.

I awoke to another beautiful cool day. Apparently while I was asleep a whole bunch of people came in and set up. I met up with Ree who was in the same registration “class” as me. Johnny from Arizona carried wood burning stove. Aaron proclaimed a love of all things weed. Bill was section hiking. We all fell into a leap frog group hiking, passing each other as the other stopped.

The real bitch of the day was Sassafrass mountain. A trail runner named Splitter going the opposite way said he had some cold sodas in the back of his truck at the bottom of the mountain. That Orange Crush was like a miracle to my mouth. Mostly because of the iciness I’m guessing.

Continuing on after our sugary treat, we entered back up into the pine forest laid thick with last year’s foliage. By this time the heat of the day baked the resinous needles over the hard packed clay trail and formed a distinct smell I associate with childhood memories of tromping about Pine Mountain. It’s a smell that gets stronger the louder the cicadas are.

But then we hit the damn Rhododendrons. They offered much needed shade I’ll give them that but they stink so bad. Like piss soaked cloth tarps covered in mold. Am I the only one that suffers their hellacious perfume? No one I’ve talked to seems to notice that devils waft.

Made it 7.6 miles to Gooch Mountain Shelter, where I was able to stay up long enough to do a little socializing. After the appropriate dose of Ibuprofen of course. A guy brought his ukulele and serenaded us with a Hawaiian version of “Why don’t you get a job” by the Offspring.

I won’t say the going is easier yet, but I’ve quickly realized that going up has got to be done. So I just plod along. And that somehow makes it easier. Also the views today were motivating. 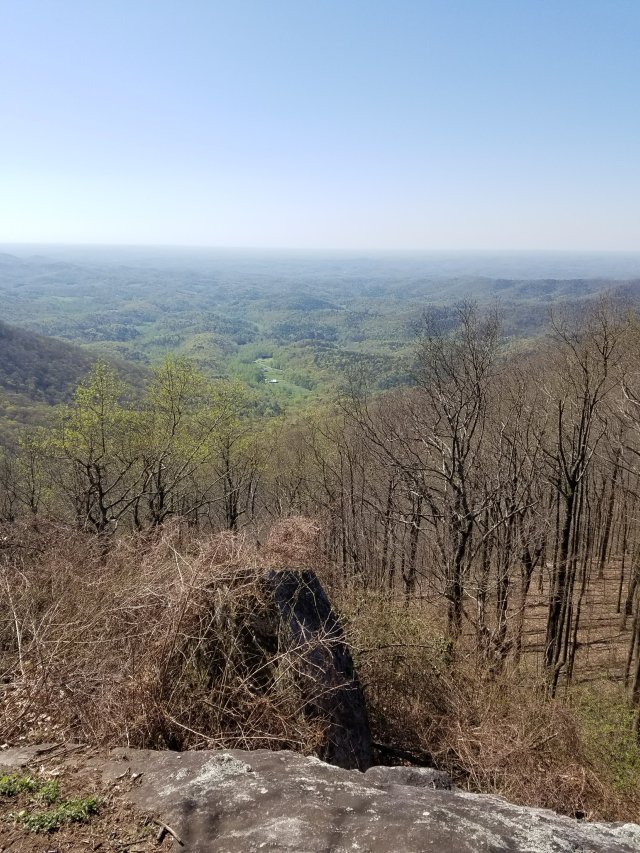 I’ve found a group of people to walk with just like I thought would happen. (See mom I’m not all alone!)

Ree the previously mentioned, who is guide for rafting and snowmobiling at Yellowstone. Dots has freckles (hence the name) and is a metal worker. Aaron, well I don’t know what he does, but I know his Mom is worried about him. Johnny was in the Army and is carting the heaviest pack I’ve seen so far.

It’s hard to update this blog with the lack of usable signal. So I’m going to be short and sweet while I have signal.

Got to Neel’s gap. Ate much pizza. Am stinky. Feet hurt.

3 thoughts on “What the blazes?”