New Hampshire starts out right away letting you know it’s not fooling around. The mud is deep, the climbs are steep, and the city prices are expensive. You start out in Hanover which is the home of Dartmouth. Even though the trail literally walks through that town, the townsfolk look at you like you are a dirty vagrant. Which is technically true. But still, I didn’t appreciate the implication. Oh and a cashier at the co-op told me that my driver’s license picture didn’t do me any favors…um, thanks?

Nothing about the town is cheap, so a few of the locals got together and formed a group of trail angels who let you stay at their house. One such angel, Greg, invited us to stay in his home. He makes a book each year of all the thru hikers he hosts.

The southern part of NH ramps up the difficulty level incrementally. Each mountain I went over seemed bigger and harder than the last. All the way up Moose mountain it threatened to rain so there wasn’t a view, but someone marked up the sign to the shelter. That gave me a chuckle.

Smarts mountain had a fire tower on top of it that was my end point for the day. I kept seeing it at various points and everytime it seemed so far away. At one opening in the trees which was supposedly 1.8 miles away I saw the tower again and about cried. It still looked like a twig on top of this huge mountain. Going up Smarts was steep enough that there was rebar steps to get up the slick rock face. Once I got to the top I of course had to climb the fire tower and enjoy the sunset. 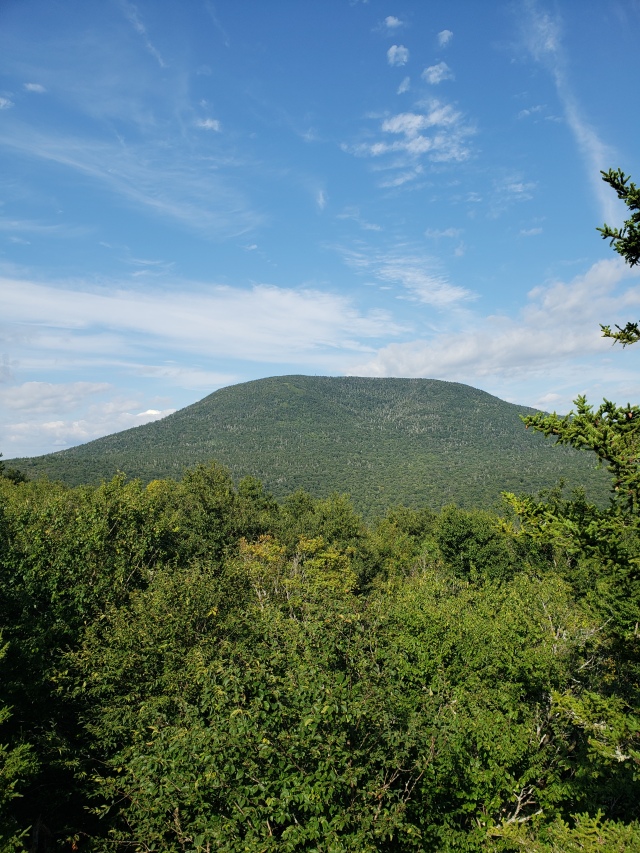 The Dartmouth Outdoor Club (DOC) seems to have a sense of humor when it comes to their shelters and privies. 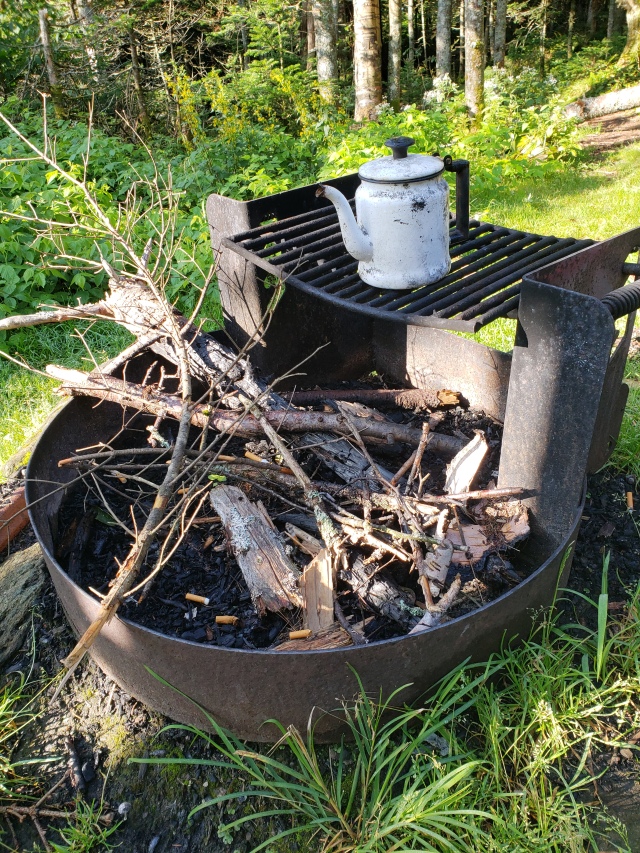 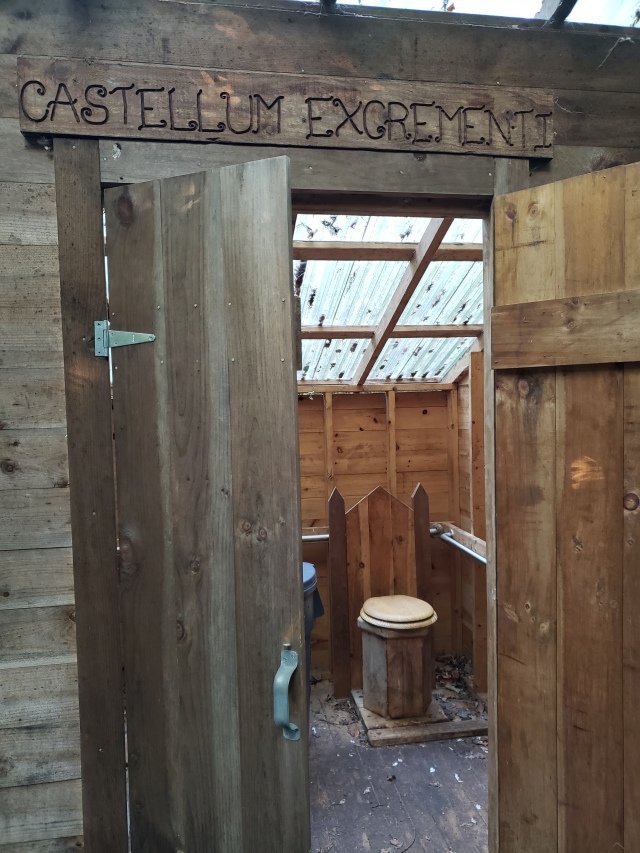 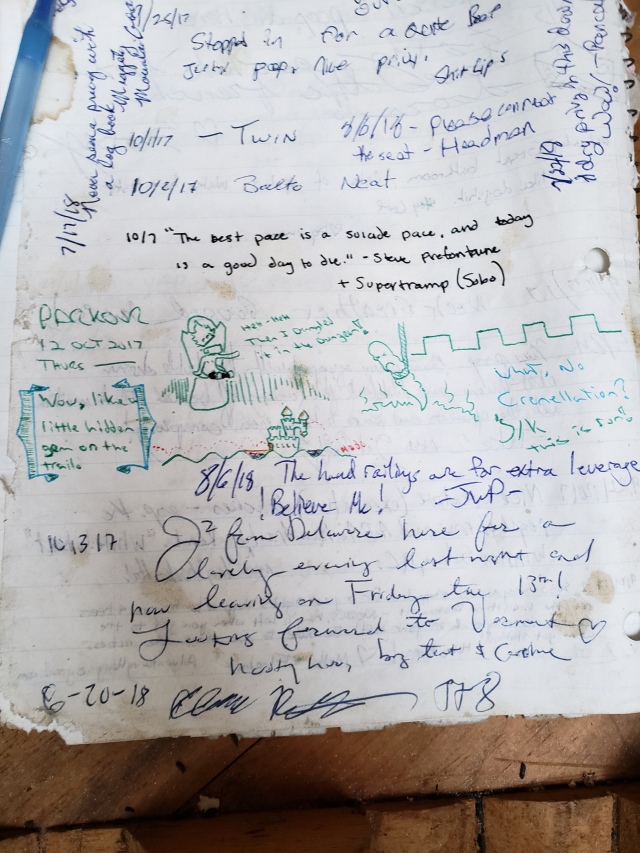 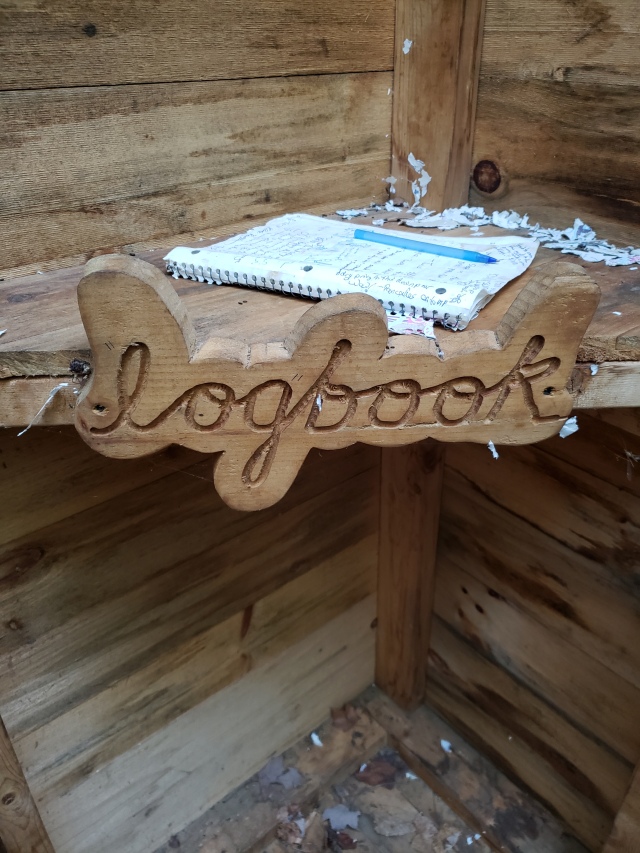 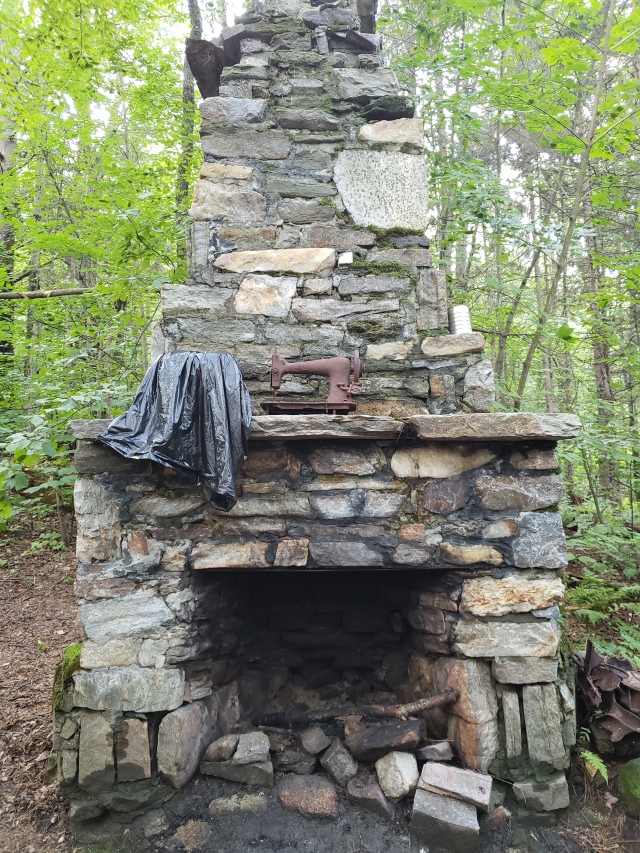 I got into Glencliff where the hardware store was also a gas station and my resupply. 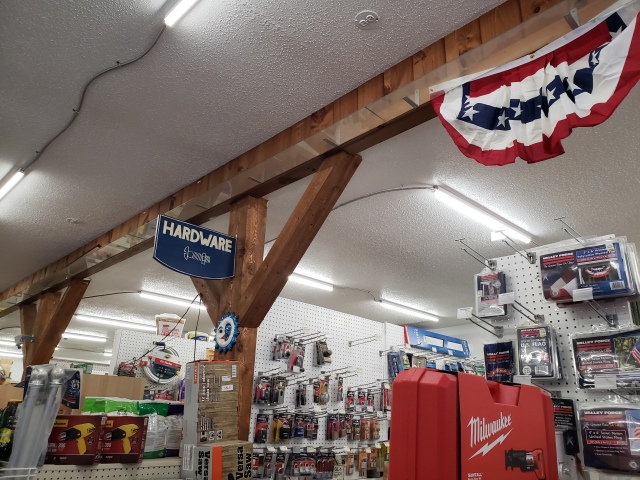 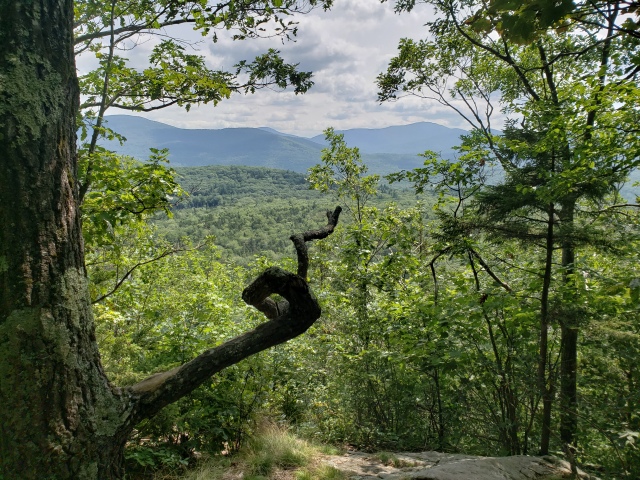 The next big climb was Moosilauke, in which I took a wrong turn and briefly ended up in a forgotten cemetary. Going up wasn’t actually that bad, it was going down that was treacherous. On top was windy (at least 40 mph) and cold. I tried to take a panorama but everytime I turned west, the wind knocked me over. So I didn’t stick around too long. But like I said going down was rock hopping from one precarious situation to the next. The was a nice brook waterfall next to the trail that changed characteristics as you went down. 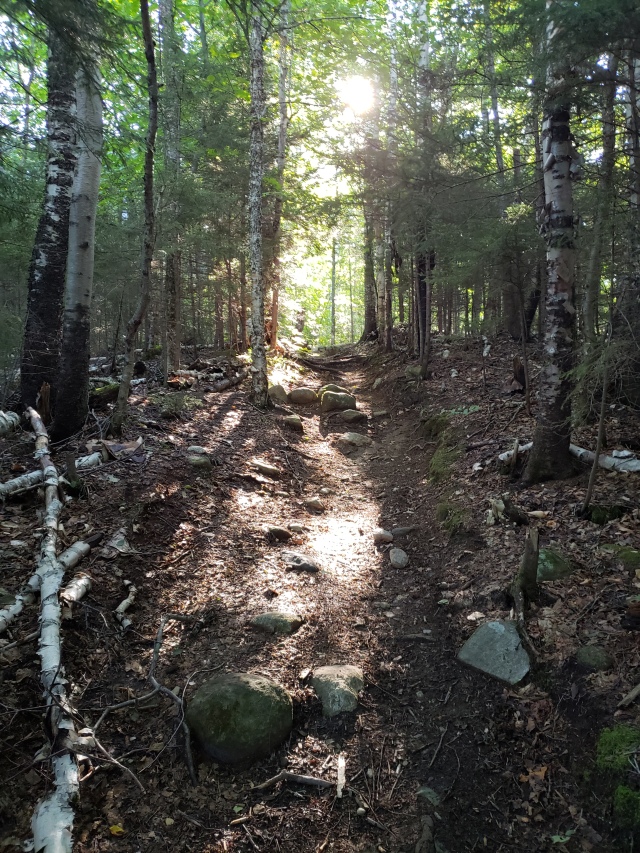 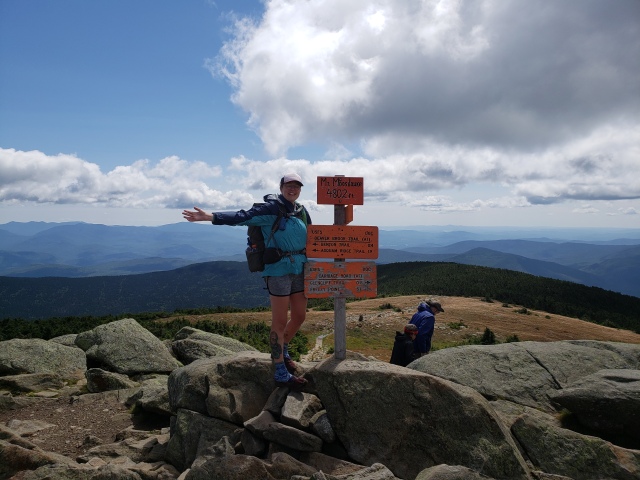 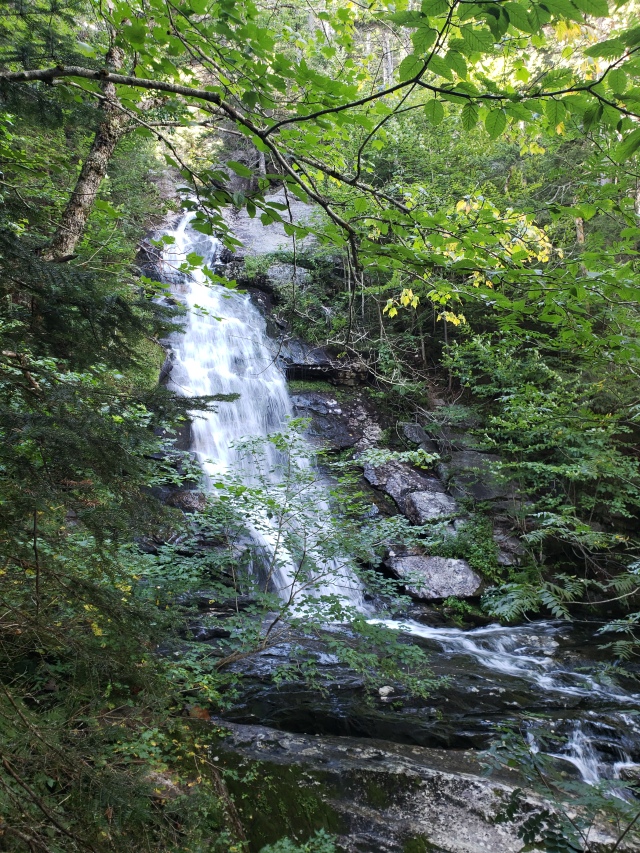 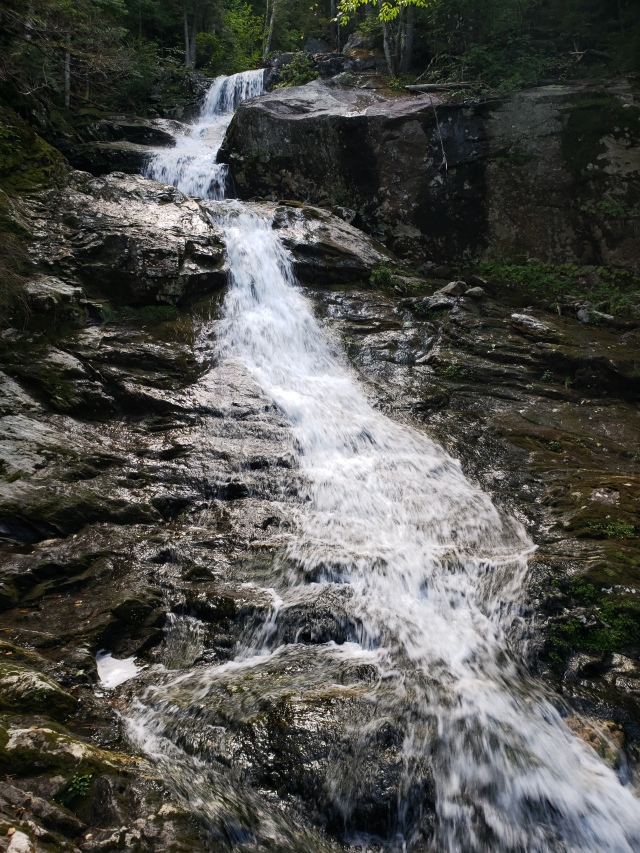 After a lovely stay in the town of Lincoln, we started on the deceptively begnin sounding White Mountains. Serendipitously, Hollow Leg (who I met in GA and actually lives in NH) texted me and gave us a ride to the trailhead. I’m kicking myself because I forgot to get a picture!

So the thing about the Whites is that they are known as the seriously hardest part of the trail. Dante could have based The Divine Comedy off these moutains. I knew this and thought I was prepared, but oh how wrong I was. Mt Wolf wasn’t so bad, but going up the Kinsmans demonstrated my clear lack of athletic ability and preparedness. Imagine two miles of just straight up rock climbing on slippery surfaces carrying a 30 pound pack. My knees quickly stated that they did not sign up for this. Where before my pace was 2-2.5 mph, it slowed down to a crawl. So it’s taking longer than I thought it would, I’m not as tough as I though I was, and my knees are pretty much kaput now. The views are spectacular though. 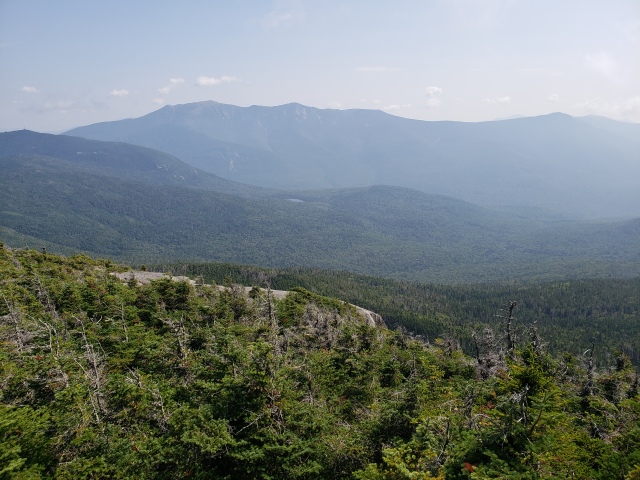 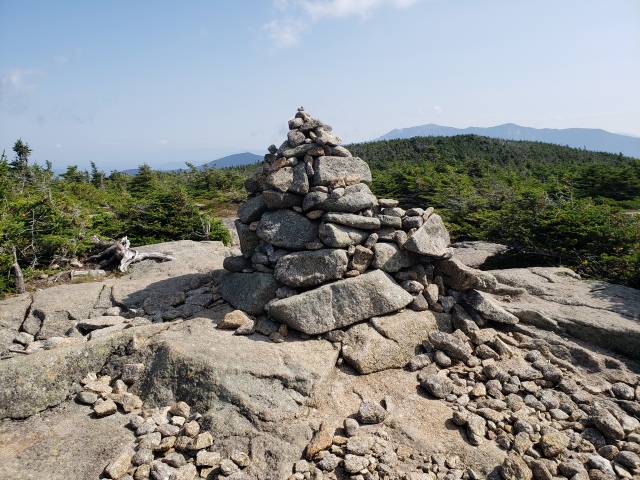 Franconia Ridge was quite the hike. Its above the treeline and very cinematic. Also very windy. There were several cloud rivers going over the peaks. I stood and watched as they flowed from one side to dissipate on the other. By the time I got up to Mt Lafayette everything was cloud covered and gray with hurricane-esque winds. I hunkered down behind a rock wall to eat my lunch. Then it was the bone crunching descent that seriously worried me. It might have been fun if it was a slip and slide situation with pillows at the bottom…but it wasn’t. 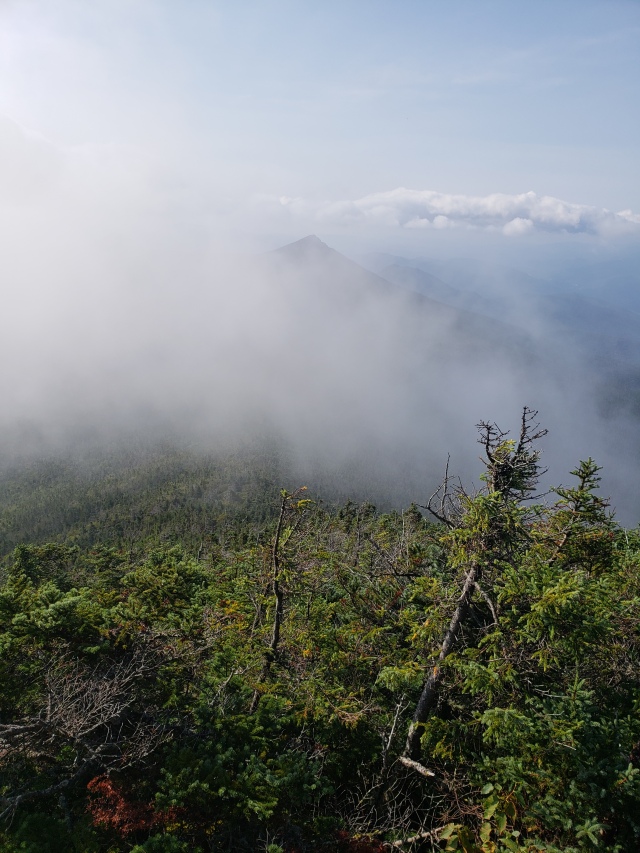 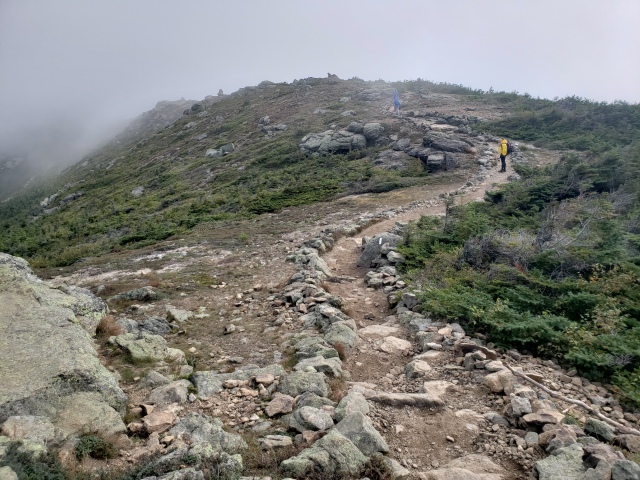 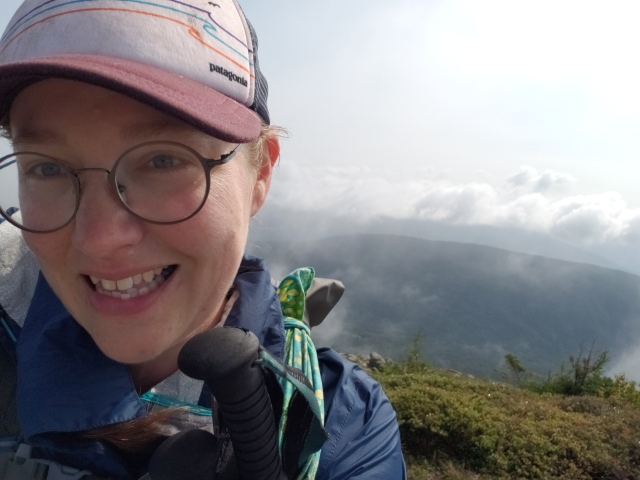 I’ve been feeling like quitting every day since I started the Whites. Not because I don’t want the challenge, but my body has clearly stated is no uncertain terms that it isn’t ready for this. You’d think after all this time I would’ve been, but I know I started at a serious deficit in the fitness department. And while I have gained some muscle it’s still not enough to safely enjoy this hardest part. I’ve decided to skip, again, and go up to Monson where the 100 mile wilderness begins and finish this journey. My knees just let out a sigh of relief.

I don’t think of it as a failure, but of as a lesson learned of my own physical limitations and the necessary preparation required for future difficult adventures. I’ve already got vaporous plans of a SOBO thru hike one day, where you get the hard stuff out of the way first. Kinda like eating all your vegetables before enjoying the steak. 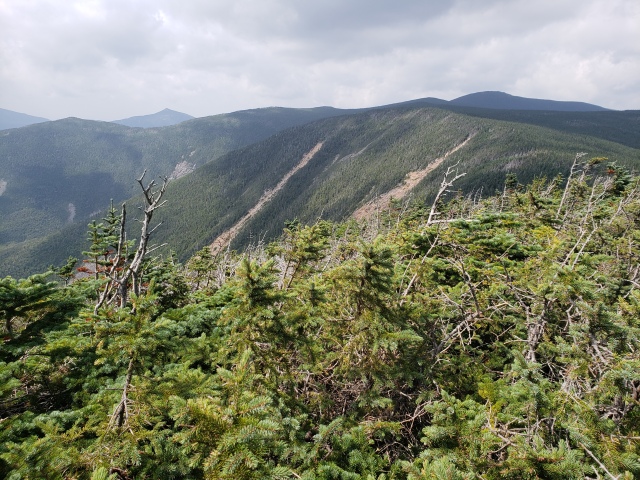 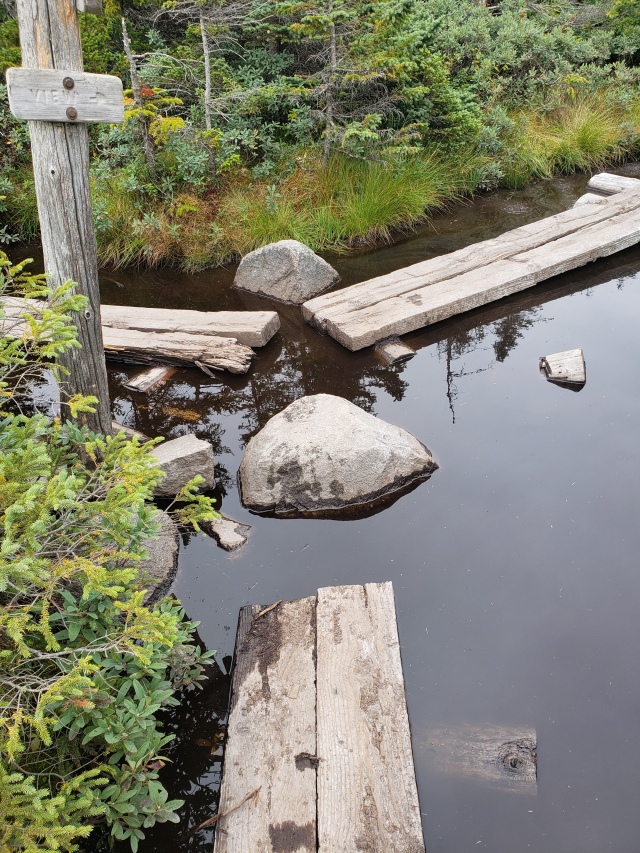 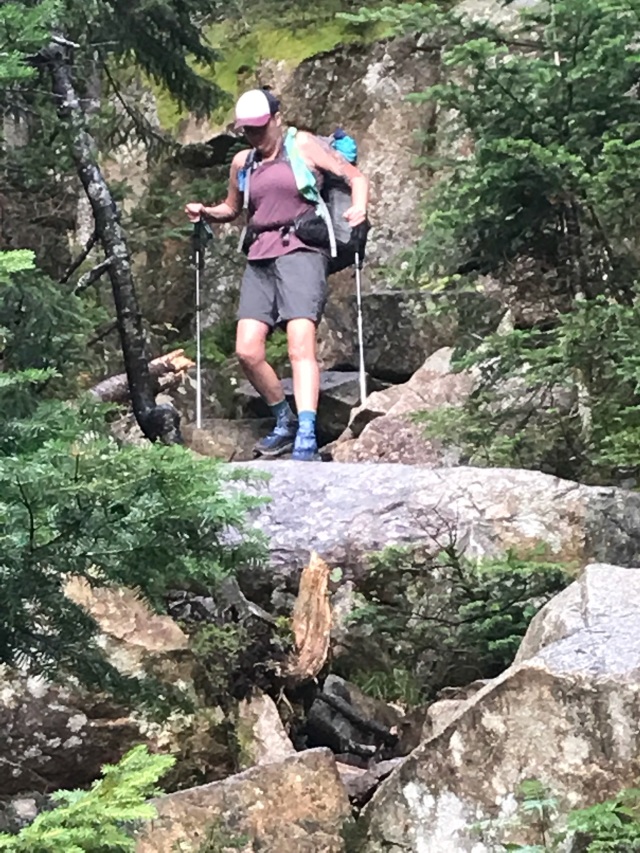